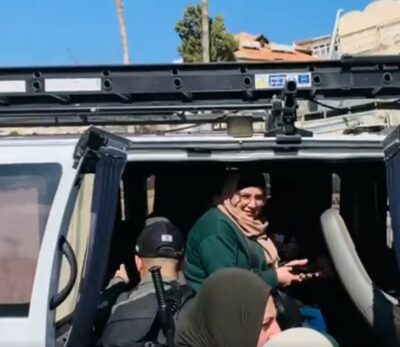 Media sources said the soldiers stopped the Palestinians near Bab al-Amoud and searched them while examining their ID cards.

They added that the women and children are from several parts of the occupied West Bank and came to Jerusalem to visit the holy city and pray in Al-Aqsa.

The Israeli army said the women and children did not carry permits to enter Jerusalem.

Palestinians from several parts of the West Bank who are detained by the army or the police in occupied Jerusalem for not obtaining permits are usually held for a few days or are forced out of the occupied city.

On Wednesday at dawn, Israeli soldiers invaded many parts of the occupied West Bank, searched and ransacked dozens of homes, and abducted twenty-two Palestinians, including former political prisoners and siblings.