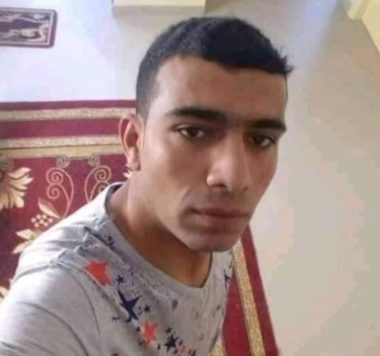 The Palestinian Health Ministry has reported that a young man died, on Tuesday evening, from serious wounds he suffered last Saturday, after Israeli soldiers shot him east of Khan Younis, in the southern part of the Gaza Strip.

The Health Ministry said the Palestinian, Fares Abu Hajras, 26, was shot with a live round in the abdomen, and remained in a critical condition until he succumbed to his wounds.

On the day of his injury, the soldiers killed four Palestinians, and injured 316 others, including 14 who suffered life-threatening wounds, during protests across the perimeter fence, in the eastern parts of the Gaza Strip.

The Maan News Agency has reported that Israeli soldiers have killed 271 Palestinians since March 30th, 2018 in the Gaza Strip, and injured more than 30398 others, including 16027 who were moved to various hospitals and medical centers.

The Health Ministry said that among the wounded are 3175 children and 1008 women and added that 136 Palestinians suffered amputations; 122 in the lower limbs, and 14 in the upper limbs.

Also among the slain Palestinians are two journalists, identified as Yasser Mortaja, and journalist Ahmad Abu Hussein, in the Gaza Strip, while the soldiers injured dozens of journalists.

The information does not include dozens of Palestinians who were killed or injured by the Israeli army after crossing the perimeter fence and were never returned to the Gaza Strip.