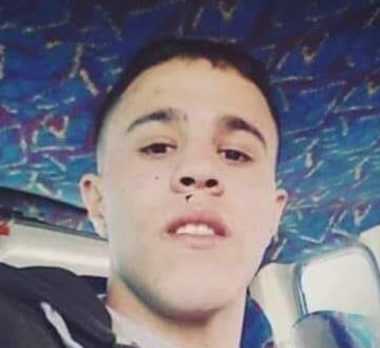 The Palestinians gathered in the streets and alleys of the refugee camp, and protested the invasion, while several protesters hurled stones at the armored military jeeps.

Adwan was near his home when he was shot and killed – it was unclear if he was participating in the protest or not.

The WAFA Palestinian News Agency said Mohammad ran towards his home due to the intensity of the live rounds fired by the soldiers, but once he approached his home several soldiers were standing right in front of it, and opened fire at him.

WAFA added that the soldiers shot the young man with more than 10 bullets, before dragging his body into their jeep, and prevented medics from reaching him to provide aid, until he had passed away from blood loss. 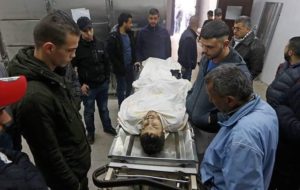 The Israeli forces then handed Adwan’s corpse to medics with the Palestinian Red Crescent Society, who transferred his body Ramallah governmental hospital.

His funeral ceremony was held at noon after his body was transferred via ambulance to his home, where thousands of Palestinians gathered and participated in his funeral procession and ceremony.

During the invasion of the camp, Israeli forces stormed the home of the Rajab family, and abducted three brothers: Ibrahim Rajab, Yousef Rajab, and No’man Rajab.

The killing of Adwan comes after a brutal crackdown on the Palestinian Land Day protest on Saturday in Gaza, in which three Palestinians were killed by Israeli forces. Two of those killed were 17 years old.

It is worth mentioning that the soldiers also invaded the nearby city of Betunia, in addition to the villages of Qarawat Bani Zeid and Kafr Ein.

The soldiers searched many homes, and summoned for interrogation a former political prisoner, identified as Mahran Raja Saif, after invading his home in Qarawat Bani Zeid village.