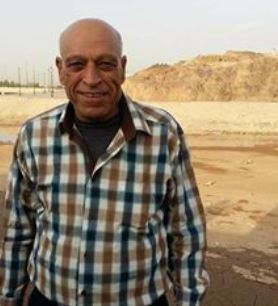 The sources stated that Mohammad Daoud, 61, died from his serious wounds on Wednesday evening, and that his wife, Maela Ali Daoud, is still receiving treatment for her moderate-to-severe wounds, at the Darwish Nazzal Hospital, in Qalqilia.

Palestinian Police spokesperson, Lieutenant Luay Erzeiqat, said in a press release that Daoud died at the Nablus Specialty Hospital, in Nablus city, in the northern part of the West bank, from wounds he suffered after being struck by the settler’s car.

The Israeli army said it is still looking into the incident to determine its nature, whether it is a deliberate attack or a hit and run, but did not provide any further information.

There have been many Palestinians were killed after being struck by speeding Israeli settlers’ cars in the occupied West Bank, also leading to dozens of injuries, while the settlers usually continue driving to their destinations before the army or the police even reach the scene.

Maan said that extremist Israeli colonists, illegally living in the occupied West Bank, have carried out 88 attacks against the Palestinians and their properties since the beginning of this year, while in 2015, they carried out at least 221 attacks.

It is worth mentioning that many attacks against the Palestinians remain unreported and undocumented by the Israeli army and police, and even in many documented attacks, the assailants are not prosecuted and are their attacks are met with impunity.

There are 500.000 to 600.000 Israelis living in more than 192 colonies and 323 outposts illegal built in the occupied Palestinian territory, in direct violation of International Law, and the Fourth Geneva Convention to which Israel is a signatory.