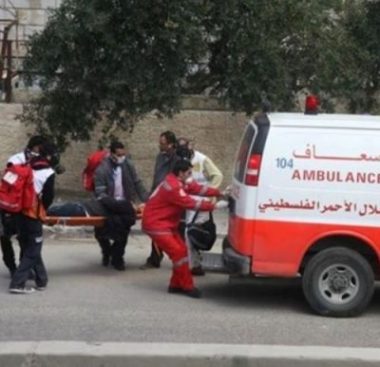 Medical sources have reported that, Monday, that a Palestinian man and his wife suffered serious and moderate wounds after being struck by a speeding car driver by an Israeli colonist’s car, east of Qalqilia.

The Palestinian Health Ministry has reported that the man suffered life-threatening wounds, and his wife suffered moderate injuries, when the Israeli driver, who lives in a nearby illegal colony, struck a horse-diver carriage the two were riding.

It added that Palestinian medics rushed to the scene, and moved the man and his wife to Darwish Nazzal Hospital, in Qalqilia, but later moved the man to a hospital in Nablus, due to the seriousness of his wounds.

Local sources said the man, Mohammad Daoud, 58, and his wife, were heading to their farm, east of Qalqilia, and were struck by the Israeli car while crossing the road.