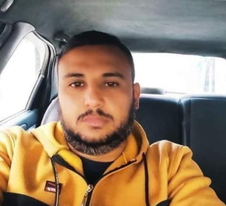 In Beit Hanoun, in the northern part of the Gaza Strip, a Palestinian identified as Muayyad Hamdan died of wounds sustained during the recent Israeli airstrikes in May in Gaza.

Medical sources announced the death of Muayyad Hamdan, 37, from Beit Hanoun in the northern Gaza Strip, as a result of the serious wounds he sustained during the last Israeli aggression on the Strip.

He was seriously wounded in an Israeli airstrike during the onslaught in May, and

His death brings the death toll of the aggression, which lasted 11 days last May, to 259, including 66 children and 39 women, and 17 elderly people.