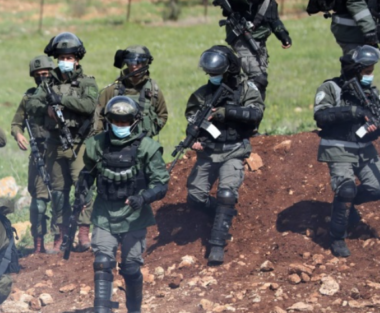 Israeli soldiers abducted, on Wednesday at dawn, three young Palestinian men from their homes in Beita town, south of the northern West Bank city of Nablus.

They added that the soldiers abducted three young men, identified as Bara’ Barakat Odeili, Salem Hamayel and his brother Salim.

It is worth mentioning that Salim was recently shot by the soldiers during a procession in Abu Sbeih Mountain, where illegal colonialist settlers occupied the Palestinian lands and installed an outpost.

On Friday, June 11th, the soldiers killed a child, identified Mohammad Sa’id Hamayel, 15, after shooting him with a live round in the heart, and injured more than 110 Palestinians, including 11 who were shot with live rounds, after the army attacked nonviolent protesters in Jabal Abu Sbeih mountain.