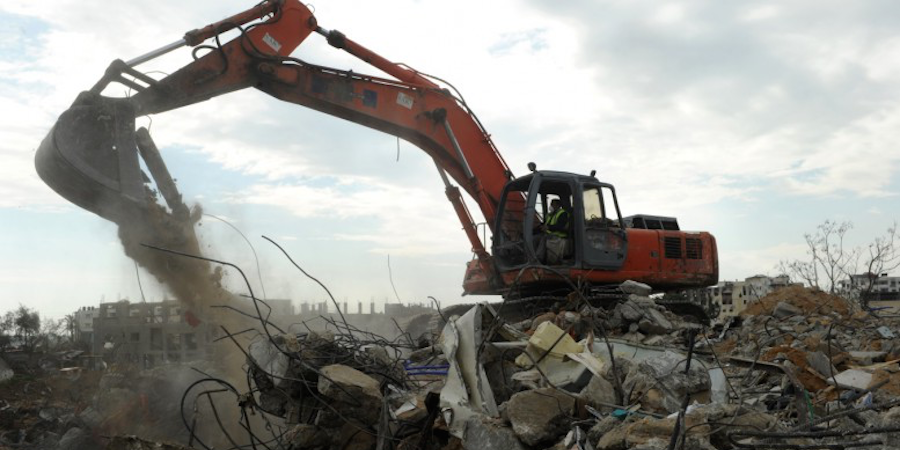 Two Palestinian families demolished their own four homes with a heavy heart on Thursday, in East Jerusalem.

According to Ma’an News Agency, locals said that the two families, Shawamreh and Abu Rmeileh, watched as bulldozers demolished their four homes in the Beit Hanina neighborhood.

The families, who were left homeless, pointed out that they have been living in their homes for about 17 years, and were proud for not giving up their homes to Israeli settlers.

Following the demolition, both families insisted on setting up tents near the demolition area, where they will be staying and will find shade under the trees surrounding their homes, that they have grown for several years. They continued to say that “there is no other place for us to go.”

In 2006, an Israeli settler, Aryeh King, had claimed ownership of the land and orally informed both Palestinian families had built their homes; King had sent notices to the families to claim the land and demanding they pay rent.

Later in 2013, King appealed to an Israeli court and highlighted, in the papers and documents, that the land is owned by settlers; the court then approved the land ownership to the Israeli settlers.

The Israeli court ruled in favor of the settlers and granted them the land upon which the four Palestinian homes were built. The court sent a notice to the families to evacuate the area by August 1st.

However, both families refused to evacuate the area. They feared that their homes would be taken to only become another illegal Israeli settlement point.

As a form of protest against the Israeli settlers attempting to displace them and gain their property, the two Palestinian families took the matter in their own hands and demolished their own homes.

Under the pretext of building without a permit, Israeli authorities fined the Shawamreh family 120,000 shekels, while the Abu Rmeileh family was fined 75,000 shekels.