Palestinian Family Forced to Demolish its Home in Jerusalem 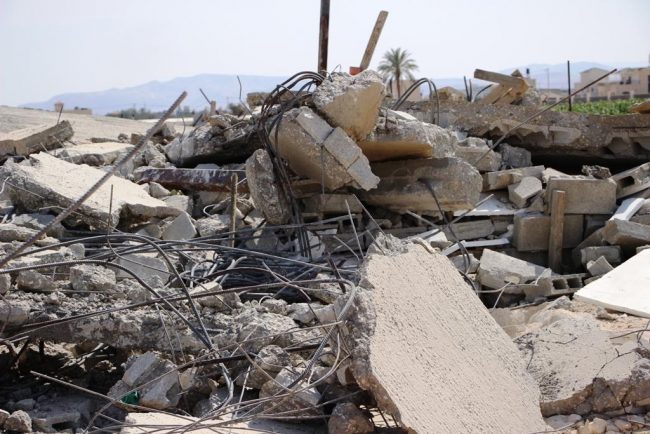 A Palestinian family, on Saturday, was forced to demolish its own house in the town of al-Eeesawiyya, an Arab neighbourhood in Jerusalem, after the Israeli municipality of West Jerusalem threatened to demolish the house under the pretext it was built without an Israeli-issued permit.

Member of the follow up committee in al-Eeesawiyya, Ra’ed Abu Ryaleh, told WAFA that the family of Mohammad Ali Nasser ‘Aasi opted to demolish its own home to avoid paying heavy costs if the municipality demolishes it.

The family received a demolition order for the house, which was built in 2008 and consists of two rooms and a kitchen, last month.

Abu Riyala said that two more families were given similar notices by the Israeli municipality.

Palestinians, according to international and Israeli organizations, are forced to build on their property in occupied East Jerusalem without permits because the Israeli municipality does not provide them with building permits in an effort to keep the Palestinian population in the occupied city to a minimum, while increasing its Jewish population through building thousands of Israeli-only housing units, in dozens of illegal settlements in and around the holy city.