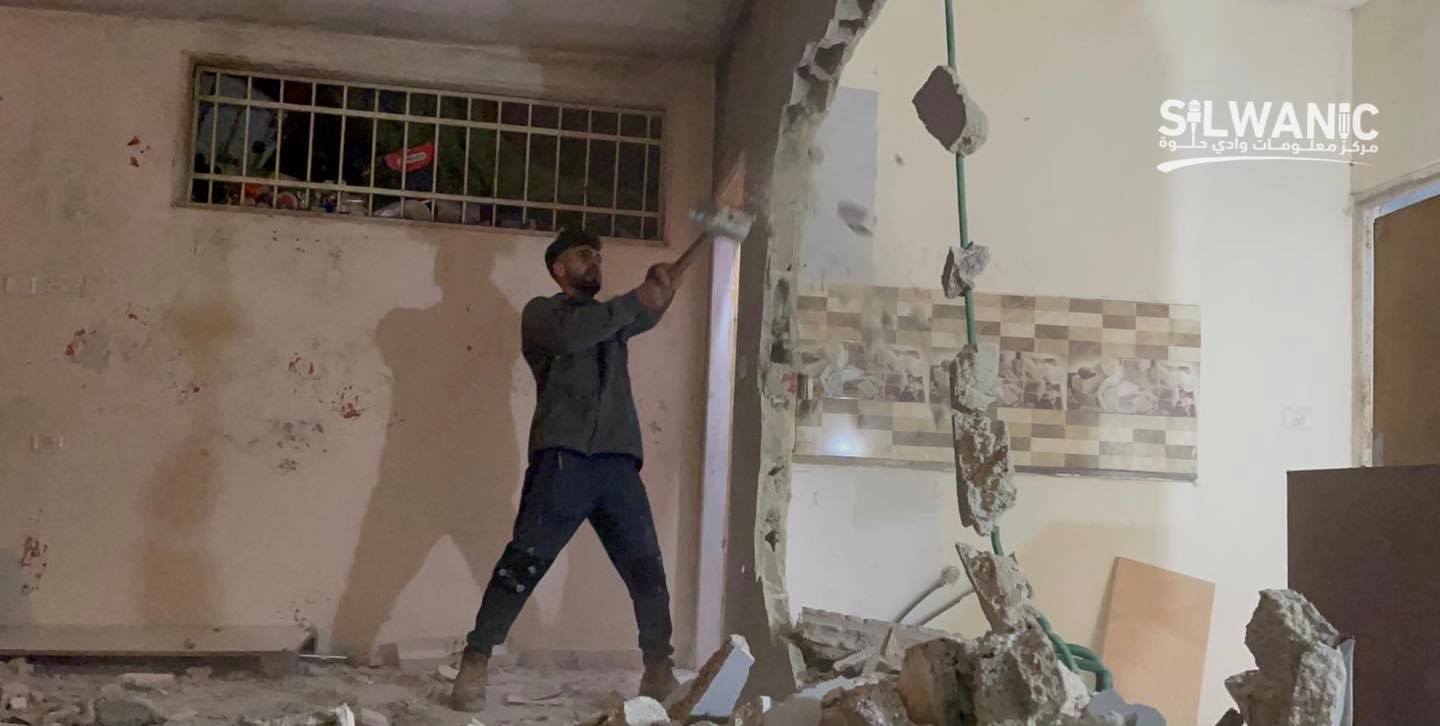 Two Palestinian families from occupied Jerusalem were forced to demolish their own buildings, late on Sunday at night, to avoid paying excessively high fines and fees after the City Council issued the demolition orders, allegedly for being built without permits.

The Wadi Hilweh Information Center in Silwan (Silwanic) said the two families, Hijazi and Abu Hussein, were forced to demolish two buildings; one was commercial and the second was residential, after the city threatened not only to impose excessively high fines and fees, but also to bill them for the destruction costs if it carries it out using its workers and equipment.

The two buildings are in Jabal al-Mokabber and Silwan towns, in Jerusalem.

Silwanic stated that Ahmad Hijazi built his home in the year 2014, and has been living in it along with his family since then, and added that the City Council imposed a 25.000 Shekels fine but continued to reject his permit applications despite various appeals with the District and the Central Courts.

It also said that resident Mohammad Abu Hussein had to demolish his restaurant, which was built twenty years ago on his own land, but the City Council decided to destroy it three years ago, in addition to imposing fines and fees.

The Palestinian managed to delay the demolition for several years, but a final ruling was issued forcing him to demolish his building or face the high fines and fees in addition to the demolition costs if the city uses its workers and equipment.

Updated From:
Palestinian Family Forced to Demolish own Home in East Jerusalem
Published on: Mar 15, 2021 at 04:55

A Palestinian family, on Saturday night, began emptying their home in Silwan town, in preparation for demolition by the Israeli occupation authorities, according to a local official.

A member of the Silwan Land Defense Committee, Khaled Abu Tayeh, told Palestinian WAFA News Agency that the municipality ordered Ahmad Hejazi and his family to demolish their home in occupied East Jerusalem.

The pretext provided by occupation authorities, for the demolition of the family home, built in 2014, was the lack of an “Israeli-issued” construction permit.

Hejazi stated that he was forced to demolish the family home after being given only hours to start the demolition, otherwise, the occupation would impose a “demolition fee” of up to 150 thousand shekels ($45,000 USD).

Hejazi said that 3 years after the house was built, the Israeli municipality charged him with a “building violation” and fined him 25,000 shekels. He added that he tried to appeal to the Magistrate’s and Central Court, with no success, resulting in the demolition order.