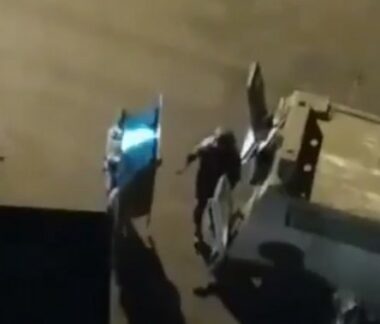 Palestinian resistance fighters exchanged fire, on Sunday at night, with Israeli soldiers who invaded Nablus city, in northern West Bank, to accompany dozens of colonizers into Joseph’s Tomb, in the city.

The exchange of fire took place in Amman Street in Nablus forcing the soldiers to evacuate the colonizers from the area of the tomb and to accompany them out of the city.

Israeli military medics were also seen evacuating one soldier apparently after he was shot by the Palestinian fighters.

The army completely withdrew from Nablus on Sunday night after midnight, after evacuating the colonizers, while Palestinian protesters hurled many Molotov cocktails at the military vehicles.

In related news, several army jeeps invaded Husan village, west of Bethlehem, and fired live rounds, gas bombs, and rubber-coated steel bullets and Palestinians who protested the invasion and hurled stones at them.