Palestinian Forced To Demolish A Section Of His Home In Jerusalem 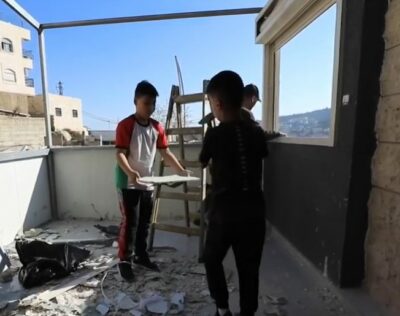 The WAFA Palestinian News Agency said the Palestinian, Naim Hmeidan Qara’in, was forced to demolish a room in his home in the Ras al-Amoud neighborhood in Silwan.

WAFA added that the room was barely twenty square meters and that the City Council refused to grant him a permit despite all efforts to do so.

The Palestinian said he has been paying fines for several years and trying to resolve the licensing issue without resorting to demolition, but the city rejected his appeals.

Naim said he resorted to demolishing the room himself to avoid more hefty expenses and fines if the City Council carried the demolition out using its workers and equipment.

On Wednesday, January 5th, the army demolished a Palestinian home in Silwan, while on January 1st, two other Palestinians were also forced to demolish their homes in the town.