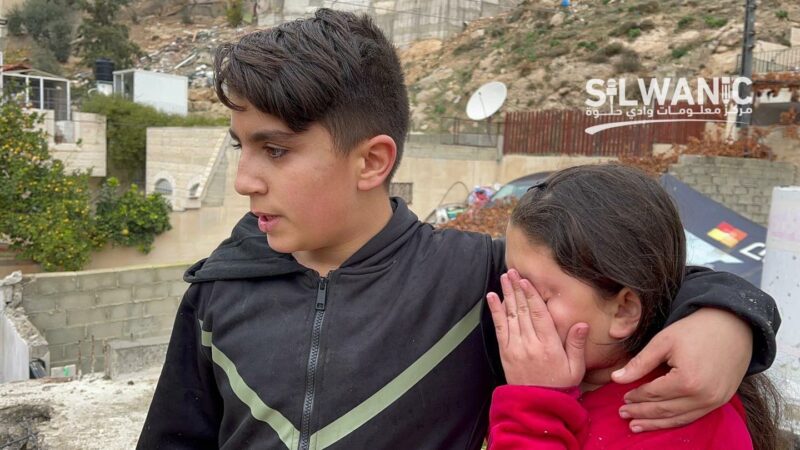 The Israeli Municipality of West Jerusalem forced, on Saturday, two Palestinians to demolish their properties, one in Silwan, and the other in Sheikh Jarrah neighborhood, both in occupied Jerusalem, Quds Press reported.

In the Wadi Qaddum neighborhood of Silwan, south of the Al-Aqsa mosque, Rami Oweida, was forced to demolish his under-construction home under the pretext of not having a permit to build.

Family member Al-Maqdisi Oweida told Quds Press that Oweida was forced to live in the unfinished 60 square-meter house with his wife and four children, “due to the harassment of the occupation municipality, which did not allow him to complete it.”

He added that the Israeli municipality would not give Oweida a permit to build the home, and threatened to impose excessive fines if the municipality crews demolished the home.

In the Sheikh Jarrah neighborhood of occupied East Jerusalem, Jamal Abu Najma was forced by the Israeli municipality to demolish his shop under the pretext of not having a license.

Abu Najma told Quds Press that “the occupation municipality said that there are no building permits… they do not allow us to plant a tree… We tried to appeal the ruling, but to no avail.”

he added that the authorities threatened a fine ranging from 200,000 to 400,000 shekels if the municipality carried out the demolition, forcing him to destroy the property himself.