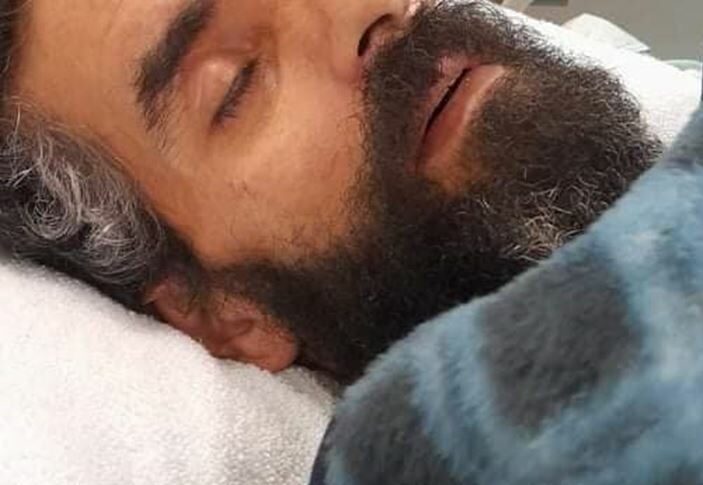 The brother of the administrative detainee, Imad Abu Hawwash, told Quds Press that Hisham “has been completely unconscious since three in the morning and is no longer able to communicate with his surroundings.”

Abu Hawwash added that Hisham’s wife, who has been at his bedside “to wake him from his sleep every two or three hours to drink water, but since three in the morning he has never woken up.”

He added that the doctors at the Israeli Assaf Harofeh medical center asked Hisham’s wife to leave the room and stated that “his brother is threatened with losing his life at any moment.

The detainee’s brother stated that, “The occupation is committing a crime against him, while continuing its intransigence and refusal to respond to his demand and our demand, which is to end his arbitrary administrative detention.”

Tthe Palestinian Prisoners’ Society (PPS) attorney, Jawad Boulos, cited a report issued by Physicians for Human Rights, on Saturday evening, that after 138 days of hunger strike, is in grave danger of sudden death.