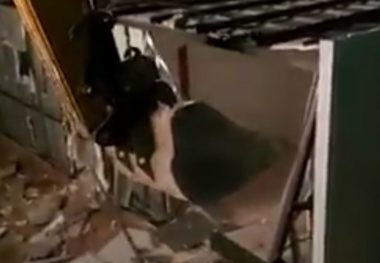 A Palestinian man from Jabal al-Mokabber town, south of occupied East Jerusalem, had to demolish his own home, on Monday evening, to avoid excessive Israeli fines and fees.

Media sources said the Palestinian, Montaser Shqeirat, had to demolish his two-story home after the City Council claimed that he did not obtain a construction permit.

They added that the city threatened to impose dozens of thousands of shekels in fines and fees if he does not destroy his home, in addition to billing him for the demolition costs if it was carried out by the city’s workers and equipment.

It is worth mentioning that eleven Palestinians from occupied Jerusalem had to demolish their homes, under the same allegations, since the beginning of this year.

While Israel continues to build and expand its illegal colonies, Palestinian communities and towns, in occupied Jerusalem, and various areas in the West Bank, continue to be denied the right to build homes and property.