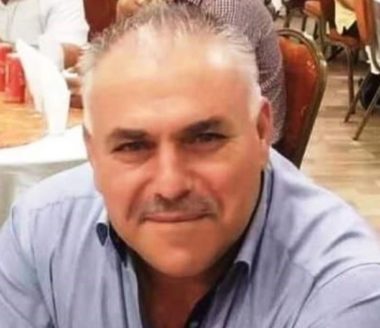 Israeli soldiers stationed in the occupied West Bank recovered, Monday, the body of a Palestinian man tangled among bushes in a rural area, who apparently died of his wounds after a shooting attack targeting Israeli soldiers two weeks prior.

The corpse was found near Ras Karkar village, west of Ramallah, in central West Bank.

The slain Palestinian has been identified as Fakhr Mahmoud Abu Zayed Qurt, 53, from Betunia town, south of Ramallah.

According to the Israeli military spokesperson, the body was found “at the end of operational and intelligence efforts and after sweeping operations of the Israeli security services.”

The military claimed the Palestinian was injured after the soldiers responded to him firing at them, and fled the scene.

The military reported to Israeli news outlets that next to the body, which was eventually located only one kilometer from where the incident took place, the soldiers located an M16 rifle and a pistol, indicating that the person killed may have been responsible for the shooting.

The attack which the deceased Palestinian is suspected of having taken part was a shooting incident targeting Israeli soldiers two weeks ago, in which one Israeli soldier was lightly wounded near the “Dolip” settlement on Feb. 6th.

Local sources in Betunia said that, five days ago, the soldiers invaded and ransacked his home, before abducting two of his sons, Haitham and Mohammad, in addition to confiscating his car.

A statement issued by the Israeli military read, in part, “Following an operational and intelligence effort by all the security forces, and after extensive searches, [Israeli military] fighters soon located a body of the Palestinian who carried out a shooting attack in Binyamin”.

The February 6th exchange of fire was one of three attacks that same day, which was the day that the Trump-Kushner plan for Israeli annexation of historic Palestine was publicly announced. Thousands of Palestinians took to the streets in protest of the plan when it was announced, because they see it as a colonial land grab by Israel. No Palestinian leaders were consulted in the creation of the Trump-Kushner plan.