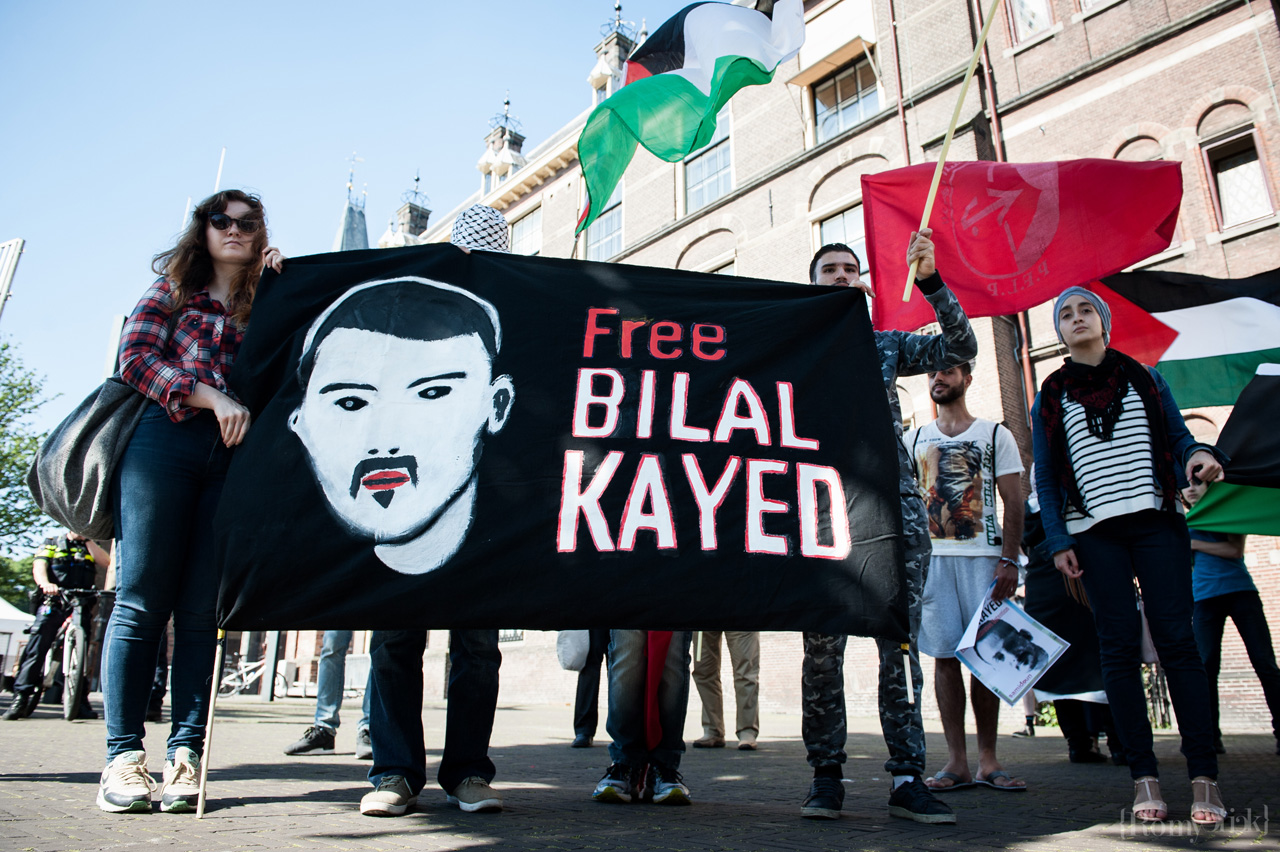 After reaching an agreement with Israeli authorities for his release from administrative detention, long-term hunger striker Bilal Kayid decided Wednesday to call off his hunger strike after 71 days without food.

Kayid was facing serious health issues due to the hunger strike, and has been hospitalized for several days, shackled to his hospital bed with prison guards at his head and feet.

He was initially hospitalized several weeks ago, but refused all tests and treatment until Israeli authorities agreed to allow one of their courts to hear his case.

In June, Kayid was sentenced to ‘administrative detention’ – an Israeli term for Palestinians that they are holding indefinitely in prison, without charges or trial.

He was sentenced the same day that he was supposed to be released after serving a 14.5 year sentence.

In response, Kayid declared an indefinite hunger strike, with the intent of either having his demands met, or continuing until death. His main demand, which is the same as the other long-term hunger strikers, is an end to the Israeli practice of administrative detention.

Although the Israeli authorities made no change to the policy of holding Palestinians without charges or trial in response to Kayid’s hunger strike, they did agree to release him at an unnamed date.

Ma’an News Agency claimed that anonymous sources reported to them that the date of Kayid’s release would be December 12th.