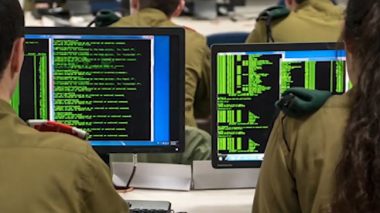 The Palestinian Information Ministry issued a statement strongly denouncing the new Israeli “Facebook Bill,” and described it as one of Israel’s illegal policies, especially those aiming at concealing and burying the truth, and the ongoing crimes committed by its army against the people of occupied Palestine.

In a statement released Monday, the Ministry said the new Israeli bill is a continuation of its policies, which aim at inciting against the Palestinians, and silencing those who expose its crimes on social media networks.

“Israel’s parliament should act on stopping the platforms that openly incite against our people, calling for killing them,” it said. “Instead of celebrating the release of Israeli terrorists who murdered and burnt our children in Palestine, Israel should be prosecuting them, rather than abducting and imprisoning the Palestinians, including journalists, who expose these crimes.”

It called on parliaments and governments around the world to intervene, and “to stop this wave or racism and fanaticism the Israeli Knesset is trying to pass into laws, and the protection it provides to the murders.”

On Monday, Israel passed the bill, allowing it to proceed to the final readings before it becomes a law.

The bill does not only call for removing what it described as “terrorist content,” but also gives Israeli district courts the legal authority to order social media companies, including Facebook, Google, YouTube and Twitter, to remove all posts that are deemed “illegal,” or “endangering personal, public and national security.”

Another important part of the bill is directly linked to the victories achieved by Boycott, Divestment and Sanctions (BDS) activists as it deems illegal social media posts and pages that “could seriously cause damage to Israel’s economy or infrastructure.”

On the ground, Israel has already been abducting and imprisoning Palestinians for Facebook, Twitter and other social media posts that were deemed “incitement,” or “promoting violence,” but failed to act on posts by Israelis openly calling for killing and harming the Palestinians.

Last month, the Palestinian Authority’s Information Ministry sent a letter to the International Federation of Journalists (IFJ) complaining about the preliminary Israeli Knesset proposal, which passed the first reading, forbidding journalists, and ordinary residents, from filming and documenting Israeli invasions and military activities in occupied Palestine.