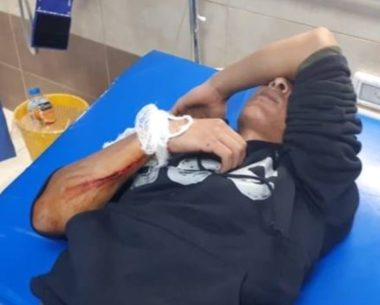 Palestinian medical sources have reported that a young man was injured, on Monday evening, by a speeding Israeli colonialist settler who rammed him with his car, east of the Palestinian city of Bethlehem, in the occupied West Bank.

The sources said Mohammad Mahmoud Ghazal, 19, suffered lacerations and bruises to various parts of his body, and was moved to a clinic in Teqoua’ town, before he was transferred to Beit Jala Governmental Hospital, in Bethlehem.

The Palestinian was injured near al-Minya village junction, close to the illegal Maali Amos colony, which was built on Palestinian lands.

All colonies in the occupied West Bank, including in and around occupied East Jerusalem, are illegal under International Law, and the Fourth Geneva Convention to which Israel is a signatory and a constant violator.