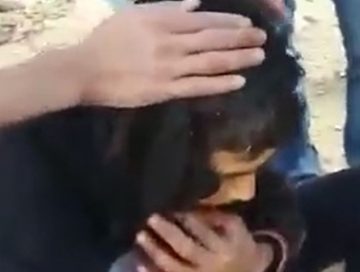 The soldiers, stationed at the Nahal Oz military base across the border fence, fired many live rounds at the Palestinian protesters, wounding a young man in the head, before local medics moved him to the Shifa Hospital, in Gaza.

Medical sources said the young man suffered is currently in a moderate condition, at the Intensive Care Unit.

They added that many Palestinians suffered the effects of teargas inhalation, and received the needed treatment by field medics.

In addition, several Palestinians were injured after the soldiers, stationed on military towers, east of the al-Boreij refugee camp, in central Gaza, fired many live rounds and gas bombs at them.