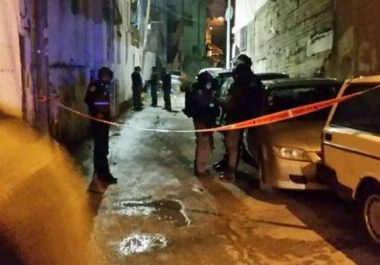 Palestinian medical sources in occupied Jerusalem have reported that one man was injured, on Saturday evening, after being shot by an Israeli guard in Silwan, and three children were sprayed with gas, while Israeli soldiers also abducted three young men, and summoned two others for interrogation.

The Wadi Hilweh Information Center in Silwan (Silwanic) said Israeli settlement guards shot a man, identified as Mousa Ali Qara’in, 40, with several bullets in his limbs, and sprayed many children with pepper-spray.

Silwanic added that Qara’in was moved to the al-Makassed hospital, in Jerusalem, suffering moderate wounds.

Furthermore, the soldiers closed the entire area, declared curfew, forcing the Palestinians under house arrest, and abducted three young men in addition to summoning three others for interrogation.

Local resident Zoheir Rajabi told Silwanic that armed Israeli guards of illegal colonies in Silwan, fired many live rounds at the residents, and several homes, especially at several youngsters who were sitting around a fire near the local mosque in Batn al-Hawa neighborhood.

He added that one of the armed Israeli guards threw a chair towards the Palestinians, leading to arguments and a scuffle.

Rajabi further said that the armed colonists then started firing live rounds, and used pepper spray, wounding Qara’in with live rounds in his limbs, while a child, identified as Malek Monther Rajabi, 7, and two youngsters, identified as Hazem Rajabi and Jadallah Rajabi, suffocated after being pepper-sprayed.

The soldiers also stormed and searched many homes in the area, and assaulted several young men while inspecting their ID cards.