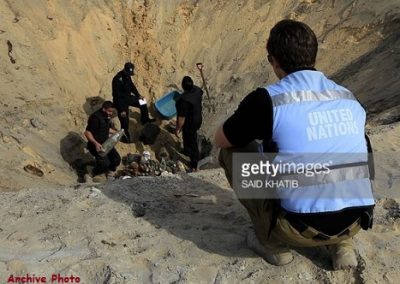 Palestinian medical sources have reported, Thursday, that a Palestinian farmer suffered moderate wounds after an Unexploded Object, dropped by the army in a previous invasion, detonated near him while he was working on his land, east of Deir al-Balah, in central Gaza.

The sources added that the farmer was moved to the Al-Aqsa Hospital, in Deir al-Balah, suffering moderate wounds.

It is worth mentioning that dozens of Palestinians, including children and elderly, have been killed by Israeli UXO’s in various parts of the coastal region, due to repeated Israeli invasions, and frequent military aggressions and wars against the residents of the besieged and improvised area.