Palestinian-Israeli in critical condition after altercation over traffic ticket 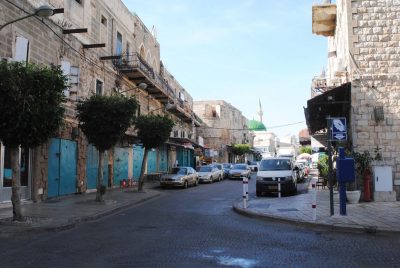 A Palestinian with Israeli citizenship who was apparently angry about an unfair traffic ticket allegedly rammed his car into an Israeli Border Control officer, then hit two soldiers, all of whom fired their weapons at the driver, wounding him severely and landing him in critical condition at the hospital. The incident took place in the northern Israeli city of Akka (Acre).

According to Israeli sources, a Palestinian-Israeli lightly wounded three Israelis by hitting them with his jeep, first hitting a Border Police officer on Yehoshafat St. near the market, then hitting two soldiers near the Akka train station.

Although Israeli authorities have claimed that the attack was politically motivated and are considering it a ‘terror’ attack, the family of the driver said there was no evidence that the young man was politically motivated, saying that he was angry about a traffic ticket. They added that the young man’s wife was pregnant and expecting a chld in the coming week, and that she was in the car with him.

The father of the alleged perpetrator told reporters, “Who would decide to carry out a terror attack and then take his pregnant wife with him?”

He said that the traffic ticket was the only possible explanation for his son’s alleged behavior, noting, “I understand that he received a ticket for 1,000 shekels ($290) and it really angered him. We’re a family that is not related to anything political and he works with me and all that he cares for is his home and work. He was waiting for his wife to give birth in the coming days.”

The young man who was shot after the alleged ramming of soldiers remains in the hospital in critical condition. His home in Shefa-’Amr village was raided by Israeli police in the afternoon.