Palestinian Killed After Being Hit By A Settler’s Motorcycle 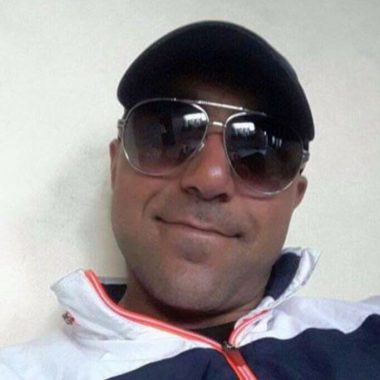 Updated: Palestinian medical sources have reported, Friday, that a man from the al-Khader town, south of the West Bank city of Bethlehem, was killed after being struck by a Motorcycle , driven by an Israeli colonist, while riding his motorcycle, at bypass road #60, west of Bethlehem.

The  Palestinian, identified as Omar Ahmad Issa, 37,  used to sell coffee and tea at an intersection near where he was struck and killed.

Israeli medics were called upon the scene as the road is under full Israeli security and military control, and took him to an Israeli hospital.

The settler is from Efrat illegal Israeli colony, built on privately-owned Palestinian lands south of the al-Khader town, south of Bethlehem.

Sources at the Palestinian Red Crescent (PRC) said that the Israeli side is demanding an autopsy, but the family is rejecting these demands.

Ahmad Salah, the coordinator of the Popular Committee against the Israeli Annexation Wall and Colonies in al-Khader, said it remains unknown whether the incident was a deliberate attack or merely a traffic accident.

Salah added that the Palestinian was moved to an Israeli hospital where he died from his serious wounds.

Many Palestinians have been shot to death, especially since October of last year, under the pretexts of carrying out “deliberate ramming attacks,” after their cars crashed into Israeli vehicles, including army and police jeeps.

In most incident is was clear that the alleged attacks were traffic accidents, but since they involved Israeli settlers or soldiers, the Palestinians were shot under the mere suspicion of carrying out deliberate attacks, and many Israeli media agencies labeled the accidents are “terrorism.”