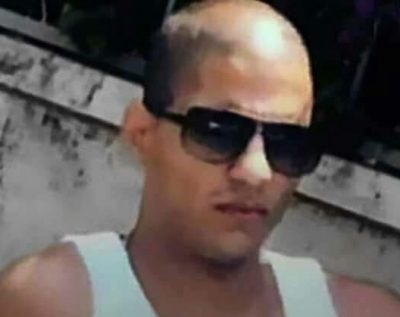 Eight Palestinians with Israeli citizenship were arrested in Jaffa early Sunday morning as stone throwers clashed with Israeli police following the funeral of a young man shot and killed by the police Saturday morning.

Although Israeli officials tried to restrict the family of the slain Palestinian to holding a small funeral with only a few people present, hundreds of mourners ended up filling the streets, many of them angry about the police killing.

They began to march from the site of the young man’s burial, but were met by throngs of armed Israeli police, who began firing tear gas to break up the funeral procession.

Some young Palestinian men and boys responded to the Israeli attack on the crowd by throwing stones, and the Israeli police began chasing them down and grabbing young men randomly on the street, arresting eight.

The Police released his body after holding it for several hours, during which it negotiated with the family of the slain Palestinian, in an attempt to hold a funeral with a limited number of participants.

The Police closed many roads in Jaffa, and boosted its deployment, while dozens marched in the funeral procession chanting against the police.

Police claim that the two tried to shoot at police from a motorcycle, but their families denied those claims. No police were injured.

Following the police killing, the Israeli police held the body of al-Saadi in custody, preventing the family from holding the funeral (Islamic custom requires a funeral to be held as quickly as possible after a death).

Hundreds of people gathered at the family home of al-Saadi, then marched to the Abu Kabir Detention Facility, where his body is being held.

Police say they are negotiating with the family for the release of the body. At the same time, dozens of heavily-armored Israeli police lined up outside the detention facility where the protesters were gathered. Clashes broke out between Israeli police and Palestinian protesters, in which the Israeli police fired tear gas and concussion grenades at the crowd.

Four were arrested during the protest, including a leader with the Islamic Organization in Jaffa, Abdel-Qader Abu Shehada. Police took the four to the Yftah detention center, where they were subjected to interrogation, according to local sources.

The police arrested four young men, including a member of the Islamic Organization in Jaffa, Abdul Qader Abu Shehada, during the protests against the killing of Saadi, and took them to the police station ‘Yftah’ in the city, where Abu Shehada was arrested from the center of ‘Yvit’, following the clashes that erupted between Police and youths angry at Saadi’s death.

Al-Saadi is the third Palestinian to be killed by Israeli forces in the past 24 hours. On Friday, a 24 year old man was killed at a military base south of Bethlehem, and a 16-year old boy was killed at a protest in Gaza.