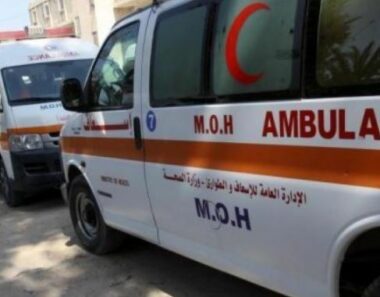 Palestinian medical sources in Hebron, in southern West Bank, has reported that a young man lost his arm after an explosive, dropped by the army during training, detonated near him, on Tuesday evening.

The sources said the young man, Sanad Khalil Mohammad Rawashda, was walking near the ordinance when it exploded, in the as-Sammoa’ town, south of Hebron.

They added that the Palestinian lost his arm, and was rushed to a hospital in Hebron.

The Israeli army frequently uses Palestinian lands and communities for live-fire military drills, including shells, bombs, and other explosives, in Hebron, the Jordan Valley, and several parts of the occupied West Bank.

These explosives have led to dozens of casualties, including many fatalities, in addition to the massive destruction of property and farmlands. The live-fire military drills have also displaced dozens of Palestinian Bedouin communities.