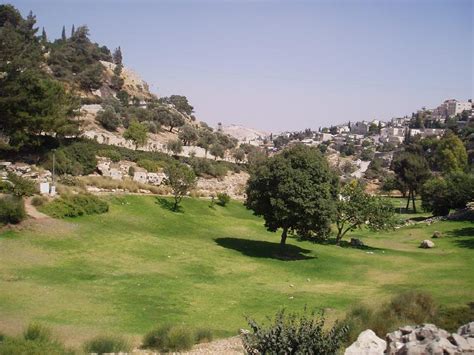 Ahmad Samrin lay down in from of an Israeli bulldozer Sunday to try to non-violently prevent the bulldozer from destroying his family’s land in Silwan neighborhood in Jerusalem – an area that has become a flashpoint in the past two years as Israeli municipal authorities have tried to force Palestinian landowners off their land. Israeli authorities have publicized their plan for the neighborhood, which is to remove the Palestinians who have lived there for generations and to destroy their homes and orchards, and then to turn the neighborhood into a tourist site.

The Samrin family land is located in the Wadi Al-Rababa are of Silwan, and is the last remaining green land of Silwan. The land in question faces the southern facade of the Al-Aqsa Mosque, the third holiest site in Islam.

Ahmad Samrin decided to take this action of civil disobedience to try to get the Israeli bulldozer to retreat, after having exhausted all other means to prevent the Israeli takeover of his land. Israeli forces attacked him with rifle butts, causing injuries and bruises on his face.

Since the beginning of this year, the owners of land in Wadi al-Rababa have been carrying out non-violent demonstrations and sit-ins to prevent the illegal seizure of their land by Israeli authorities and US-funded colonial organizations. Several times, residents have sat down in front of the massive armored bulldozers to prevent the razing of the picturesque and historic valley.

Ahmad’s cousin Shadi Samrin, one of the Jerusalemites who confronted the bulldozers on another occasion earlier this year, told reporters with the Palestinian Wafa news Agency that Israeli forces assaulted his cousin with rifle butts during the landowners’ response to the storming of the occupation, which led to bleeding in the face and bruises all over his body.

“In these moments, the responsibility is on us to protect our homes and lands. Our actions are based on our right to our land. The only thing we can do for the survival of our lands is to continue our sit-in and not give up,” Shadi told reporters.

According to the human rights organization Adalah, The Absentee Property Law passed by Israel in 1950, “Defines persons who were expelled, fled, or who left the country after 29 November 1947, mainly due to the war, as well as their movable and immovable property (mainly land, houses and bank accounts etc.), as ‘absentee’. Property belonging to absentees was placed under the control of the State of Israel with the Custodian for Absentees’ Property. The Absentees’ Property Law was the main legal instrument used by Israel to take possession of the land belonging to the internal and external Palestinian refugees, and Muslim Waqf properties across the state.”

The Law is being used by Israeli authorities right now in various parts of Jerusalem to expel Palestinian landowners from their homes, despite the illegality of such forced expulsion under international law and signed human rights conventions.

Shadi explained that the Israeli “Nature Authority” is working with the Israeli municipal government, police and courts to seize the land, although the families have papers proving their ownership. He added that in 2004 he proved in Israeli court that this land belongs to the Samrin family.

Ahmed Samrin said that the Israeli forces prevent him and his family members from cultivating and farming their land, and from carrying out construction projects on their land.

He said that Wadi al-Rababa is divided into two parts, north and south, where about 20 affected people who have identification papers showing they own the land have faced continuous aggression by the Israeli occupation and its settlers for a year.

He explained that the Israeli occupation authorities, “after transferring part of the neighborhood’s lands to the Israeli municipality’s control, are seeking to convert about 80 dunums of its lands, whose residents hold identification papers, into a garden for settlers.”

He points out that the lands of Wadi al-Rababa constitute the most important green areas in Silwan, and are owned by the Abbasid, Samrin and Siam families.

According to the Wadi Hilweh Information Center in the town of Silwan, 70 dunums of the lands of the Wadi al-Rababa neighborhood are threatened with confiscation in order for Israeli authorities to construct Jewish-only settlements on them.

The Center also documented that the Nature Authority crews from time to time stormed the neighborhood’s lands, an area of ​​about 300 dunams, and worked inside them.