Palestinian Man Seriously Injured After Being Rammed By A Colonists’ Car 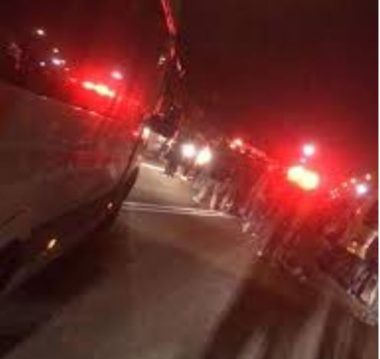 Palestinian medical sources have reported that a man was injured, on Sunday evening, after an Israeli colonialist settler rammed a man him with his car near the entrance of Ni’lin village, west of the central West Bank city of Ramallah.

The WAFA Palestinian News Agency has reported that the man, identified as Yousef Nafe’, is more than sixty years of age.

WAFA cameraman, Hotheifa Srour, said that Nafe’, from Ni’lin, was rushed to an Israeli hospital, after suffering very serious wounds.

There have been dozens of incidents where Palestinians,including children, have been killed or seriously injured after being rammed by colonialist settlers’ cars, and in mostcases, the drivers fled the scene.

In one of the incidents, a child identified as Enas Shawkat Dar Khalil, 5, was killed in October 2014, after a colonialist settler rammed her with his car,and fled the scene.