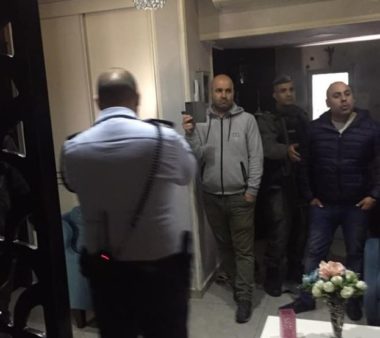 Israeli soldiers invaded, Sunday, the home of Jerusalem Governor Adnan Gheith, in Silwan town, south of the al-Aqsa Mosque, in occupied East Jerusalem, and took measurements of the property.

Dozens of soldiers surrounded the Governor’s home, before breaking into it using excessive force, and conducted provocative acts against the family.

The soldiers then took measurements of the property, a move which is usually followed by a demolition order, but did not hand him any order.

It is worth mentioning that Gheith was placed under house arrest,an order which expired Saturday, and was frequently abducted and detained by the army, in an attempt to prevent him from performing his duties.

The ongoing arrests and violations are part of Israel’s measures aimed at preventing the Palestinian Authority, and various institutions, including the UNRWA,its facilities and clinics,from providing services in East Jerusalem, including its surrounding communities.