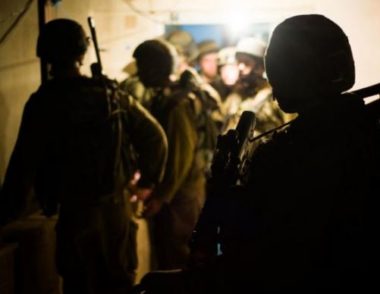 The PPS stated that the soldiers invaded and violently searched many homes in the three governorates of the occupied West Bank, and interrogated several Palestinians while inspecting their ID cards, in addition to installing roadblocks.

Furthermore, the soldiers abducted a child, identified as Ahmad Eyad Shalabi, in addition to Mahdi Jaber, from their homes in occupied East Jerusalem.

The abducted Palestinians were cuffed and blindfolded, before the soldiers moved them to a number of detention and interrogation centers.