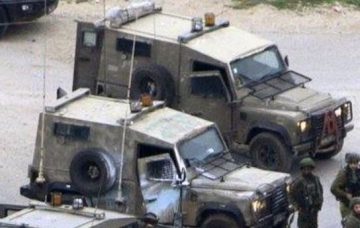 Palestinian medical sources have reported, on Sunday at night, that Israeli soldiers shot a Palestinian man with a rubber-coated steel in the head, in Abu al-Hummus area, east of the West Bank city of Bethlehem.

The sources said the man, Ahmad Omar Abu A’mar, 32, was shot while trying to enter Jerusalem, heading to his work, through Wadi Abu al-Hummus area, near the al-Khass and an-No’man villages, east of Bethlehem.

He was suffered a moderate injury after a rubber-coated steel bullet struck him in the head, and was moved to the Beit Jamal governmental hospital for treatment.

Many Palestinian workers were recently injured in the same area, as the army frequently ambushes them while trying to enter Jerusalem to work, after Israel refused to grant them work permits in the occupied city, and other parts of the country.