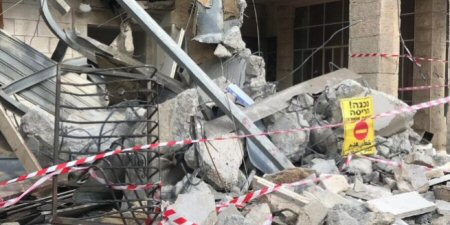 According to local sources, the garage was demolished under the pretext that it was built without the difficult-to-obtain Israeli permit.

Sources added that, prior to the demolition, a large number of Israeli forces were deployed across the area, preventing residents from reaching it.

The demolished garage belonged to resident  Anwar Dawla, according to Ma’an.

According to a report by the United Nations Office for the Coordination of Humanitarian Affairs (OCHA) in the occupied Palestinian territory, the cumulative number of structures targeted so far in 2018 (251) has remained below the figure in the equivalent period of 2017 (286). All of the incidents during July took place on grounds of lack of building permits.