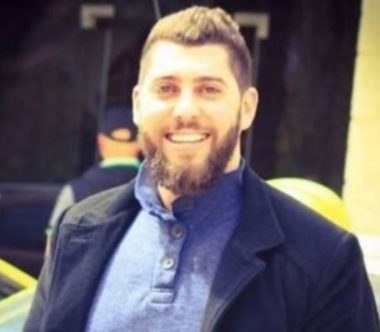 The slain Palestinian has been identified as Saleh Omar Saleh Barghouthi, 29; eyewitnesses said he was driving his taxi when the undercover Israeli soldiers, driving an old commercial Mercedes, ambushed him, and opened fire at him, before abducting him while he was still alive, but severely injured and bleeding.

The army later said the Palestinian died from his wounds in a hospital in occupied Jerusalem.

Eyewitnesses said that the taxi remained in the middle of the road, after the soldiers shot Saleh, and added that a young man, identified as Wa’ad Barghouthi, tried to remove it from the road, but the undercover forces attacked and abducted him too.

Eyewitnesses said the undercover soldiers instantly opened fire at the car after ambushing it, in what appeared to be a clear assassination, not an attempt to abduct and imprison him.

The soldiers also abducted Ala’ Tarifi, who owns the Taxi company, when he tried to ask about Saleh’s condition. 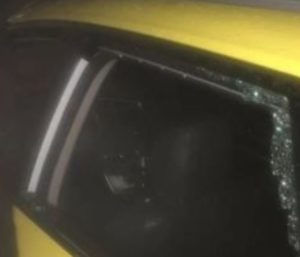 Hours after killing Barghouthi, dozens of soldiers invaded Kobar village, northwest of Ramallah, and stormed his home where they forced his family in one room, and then removed the males from the property, before conducting extensive and violent searches.

The soldiers assaulted the family, and hurled concussion grenades in the property, eyewitnesses said.

The invasion into the village led to protests, and the army fired dozens of rubber-coated steel bullets and gas bombs.

Medical sources said the soldiers injured several Palestinian, including a child, and prevented a Palestinian ambulance from transferring the wounding child to a hospital in Ramallah.

The sources added that the army prevented many ambulances from entering Kobar.

The soldiers also invaded Ein Misbah area in the al-Biereh nearby city, and confiscated a Palestinian car, which looks similar to the one used in the shooting targeting the settlers.

Dozens of Palestinians hurled stones at the soldiers, while the army fired gas bombs and concussion grenades at them and at many homes and cars.

Among the wounded Israelis in the shooting incident is a pregnant woman, and her husband, who both remain hospitalized.

Israeli Ynet News has reported, Wednesday, that the doctors had to perform an emergency cesarean section on the injured mother, but t infant was announced dead.

One Palestinian was shot with a gas bombs in his neck, and many others suffered the severe effects of teargas inhalation, especially when the the soldiers fired gas bombs and homes.