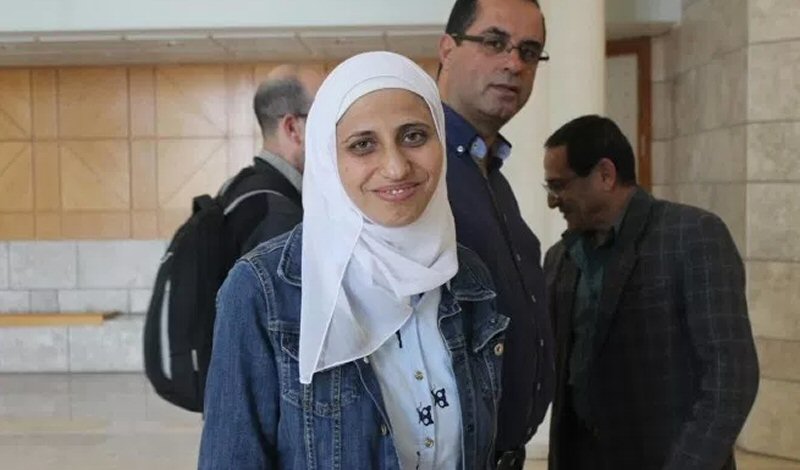 The Israeli Magistrate Court of Nazareth sentenced Palestinian poet Darin Tatour, from the al-Reineh village in northern Israel, to five months of prison and 6 months of suspended sentence, on Tuesday.

The Israeli prosecution accuses Tatour of “incitement and supporting a terrorist organization” for writing a poem criticizing the Israeli occupation and posting it on her personal page on Facebook. The Israeli prosecution demanded that Tatour be imprisoned for periods between 15 and 26 months.

Tatour had previously spent more than 2 years and 8 months between prison and house arrest for writing the poem.

She said that the decision was “unjust” and that there was no reason for the court to place her under trial in the first place. However, she added that she was not surprised by the ruling.

She added, according to Ma’an News Agency, that she does not trust the Israeli court system, pointing out that the her detention was politically motivated; “democracy is confined to one type of people in this country,” Tatour said, pointing out to the discrimination against Palestinian citizens in Israel.

Tatour was previously detained in October of 2015, indicted in November on charges of “incitement to violence and support for a terrorist organization.”