Palestinian President: US Can No Longer Be a ‘Mediator’ in the Peace Process 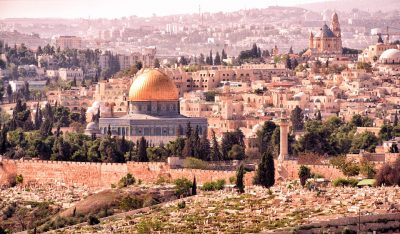 Palestinian President Mahmoud Abbas said during a meeting in his Ramallah headquarters,on Monday evening,that the Palestinians reject America’s alleged “mediation role” in the “Peace Process”, and added that the United States and President Donald Trump have chosen not to be a fair mediator, and have made their bias very clear.

“We will head to the UN and we will achieve full legal, political and diplomatic status there, and we will counter Trump’s illegal recognition of occupied Jerusalem as the unified capital of Israel”, Abbas said, “The United States has chosen to adopt a Zionist colonialist agenda instead of trying to achieve real peace.”

“By deciding to move its Consulate from Tel Aviv to occupied Jerusalem, and by recognizing the city as the unified capital of Israel, the United States has chosen to violate International Law and various international resolutions,” Abbas stated, “This decision carries no legal or moral value, and was rejected by fourteen states, we now need to take legal and political decisions; We told the U.S. and will continue to point out that all nations around the world are protesting this illegal American move, and will continue to fight it.”

“We have been recognized as a state, and we will head to the General Assembly to obtain a number of resolutions, we are a nation seeking independence,” Abbas said, “Our borders are clear, while Israel never defined its border, and should never has been recognized, but it deceived the world by claiming it will implement resolutions 181 and 194, but they never did.”

David Rovics, Israeli Geography 101(Where Are Your Borders):