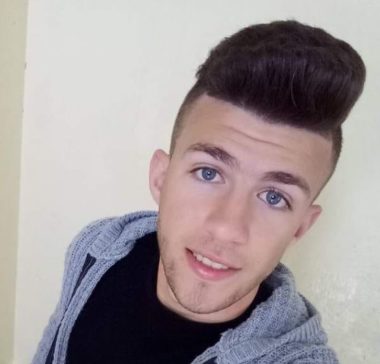 The Palestinian Health Ministry has reported that a young Palestinian man died, on Saturday evening, from serious wounds he suffered a week earlier, after Israeli soldiers shot him at a military roadblock in northern West Bank.

The soldiers, stationed at Za’tara military roadblock, north of Nablus, shot the young man with several rounds of live ammunition, reportedly after he attempted to stab them, and prevented Palestinian medics from approaching him.

The Palestinian was from Sanniriya town, south of Qalqilia, in the northern part of the occupied West Bank. No soldiers were injured in the reported incident.

Updated From:
Palestinian Remains In A Serious Condition After Soldiers Shot Him Near Nablus – Apr 25, 2019 @ 22:32

A wounded young Palestinian man, identified as Omar ‘Awni Abdul-Karim Younis, 20, remains in a serious condition at an Israeli hospital, after the soldiers shot him several days ago, reportedly after he attempted to stab them.

The Palestinian Detainees’ Committee has reported that the Israeli Salem military court has issued an order, remanding him for seven more days, awaiting interrogation, despite his serious injuries.

It added that Younis was transferred to Beilinson Israeli medical center, where he remains in a very serious condition, hooked to a respiratory machine.

It is worth mentioning that Omar was shot by the soldiers several days ago near Za’atra military roadblock, north of the northern West Bank city of Nablus, after he allegedly tried to stab them.

The soldiers shot him with several rounds of live ammunition, causing life-threatening wounds, and prevented Palestinian medics from approaching him.