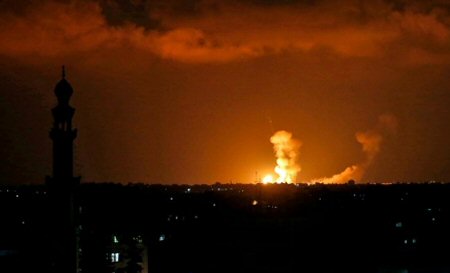 No injuries were reported, according to Al Ray.

The Israeli army claimed that the airstrikes were due to the launching of flaming balloons towards Israeli communities surrounding the Gaza Strip.

Palestinians in Gaza view the flaming kites and balloons as a form of protest against Israel’s nearly 12-year blockade of Gaza and for Palestinian refugees’ right of return to their homes and lands, which are now known as Israel.