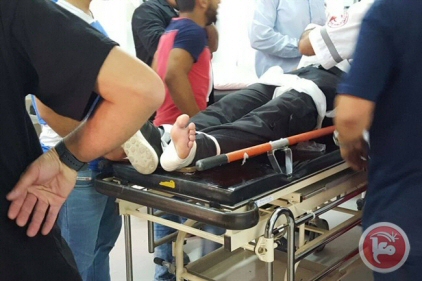 Eyewitnesses explained to Ma’an News Agency that the guard, identified as Luay Abu al-Saad, was standing between the compound’s Chain Gate and the Cotton Merchants Gate when a small Israeli police vehicle touring the compound hit him.

Abu al-Saad was taken to a clinic inside the compound, for first aid treatment, before an ambulance from the Palestinian Red Crescent evacuated him to a hospital.

Medics said that his leg had been hurt.

Palestinian Red Crescent spokeswoman Errab Foqoha confirmed to that the accident took place on Wednesday morning, adding that Abu al-Saad had been transferred to the al-Makassed hospital in Jerusalem. Foqoha said she could not confirm the condition of the security guard.