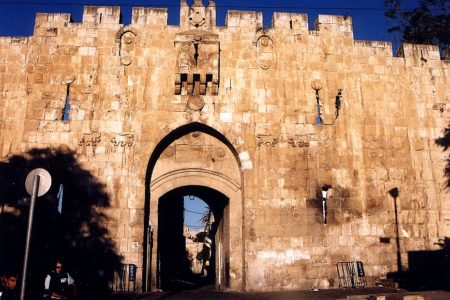 Israeli police, today, shot a Palestinian who allegedly opened fire at them at the Lion’s Gate, in Jerusalem’s Old City,  eyewitnesses reported to WAFA.

Witnesses said that police fired several bullets at the man, whom they suspected was killed, even though there was no official confirmation of this from any side.

Israeli police said that a Palestinian opened fire at a border policeman, injuring him lightly. Police responded by opening fire and “neutralizing” the Palestinian, which often means killing him.

Palestinians said police closed all gates leading to Al-Aqsa Mosque compound and the Old City, following the incident, and prevented people from entering or leaving the city.