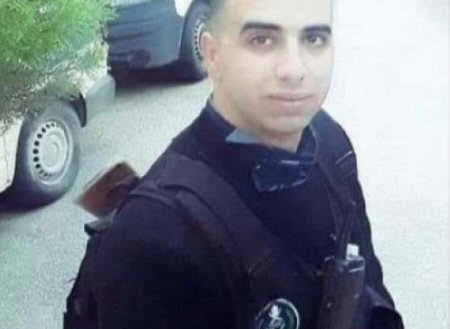 First Lieutenant Tariq Lu’ay Badwan, aged 24, succumbed to injuries, inflicted by Israeli soldiers,  while he was inside a police station in Jenin, in northern West Bank.

Lt. Badwan, from Qalqilia, died after he was shot and injured by Israeli occupation forces while working at the special police headquarters in Jenin.

Badwan was shot in the stomach and then transferred to the Khalil Suleiman Governmental Hospital, and then to Al-Razi Hospital, due to the seriousness of his condition.

The lieutenant underwent a surgery that lasted for several hours, with the participation of 5 doctors, who administered 30 units of blood, but were powerless to save his life.

On Thursday at dawn, the soldiers Yazan Monther Abu Tabeekh, 16, and injured 6 others in Jenin.