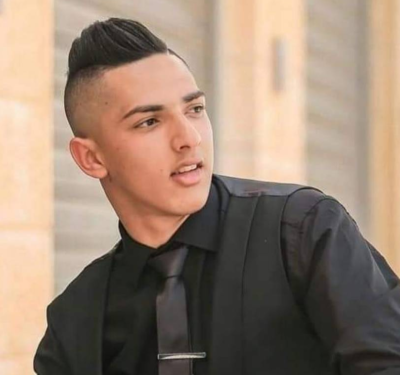 Israeli soldiers killed, on Thursday at dawn, one Palestinian and injured at least seven others, including a Palestinian police officer, after the army invaded Jenin city and started the demolition of a home belonging to the family of a political prisoner.

Media sources said the soldiers shot Yazan Monther Abu Tabeekh, 19, with two live rounds in the chest, causing very serious wounds before he was rushed to a hospital but died from his injuries.

They added that the soldiers also injured at least seven other Palestinians, including two who sustained life-threatening wounds, and caused many to suffer the effects of teargas inhalation.

One of the wounded Palestinians is a police officer, identified as Lu’ay Ahmad Badwan, 25, from Azzoun town, who was shot by a live Israeli army round in the upper body. The bullet apparently struck his spine before he was rushed into surgery at the al-Razi hospital, in Jenin city.

Badwan was shot by Israeli soldiers while he was standing near the door inside a police station in Jenin.

The six other wounded Palestinians, who were all shot with live fire, have been identified as Majd Azmi, Mohammad Hussein Zeidan, Jamal Mohammad Ghanem, Zein Zeid, Odai Ayman Mer’ery, and Hani Ata Abu Rmeila. All were moved to the al-Razi hospital. The fatal shooting and the injuries took place during protests that erupted when more than 30 Israeli military vehicles, including bulldozers, invaded Jenin and demolished the home of a political prisoner, identified as Ahmad Abu al-Qombo’, for the second time.

It is worth mentioning that, on April 24th 2019, the Israeli army invaded Jenin and demolished Ahmad’s family home, after accusing him of involvement in a shooting attack that took place near Nablus, leading to the death of an Israeli settler, identified as Rabbi Raziel Shevach, near Nablus.

After being demolished the first time, the home was rebuilt through local society donations and support, however, on January 12th, the Israeli army decided to destroy the property again.

On February 06, 2018, the soldiers killed Ahmad Nasr Jarrar, 22, in the al-Yamoun, near Jenin, on suspicion of involvement in the fatal shooting.