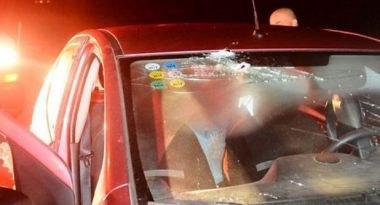 An Israeli settler, identified as 35-year old Rabbi Raziel Shevach, was shot and killed Tuesday while driving on an Israeli settler-only road near a colonial outpost in the northern part of the West Bank, near Nablus.

“It is not enough to apprehend the shooters, we need to take direct action by building and expanding the settlements,” he said, “Mahmoud Abbas needs to understand the heavy price the Palestinians will pay because of these attacks.”

Israeli Justice Minister Ayelet Shaked also called for harsh measures, and said that Israel needs to expel the families of Palestinian attackers, and demolish their homes.

In addition, Israeli Minister of Science, Technology and Space, Ofir Akunis, said that Israel must approve the final reading of the application of capital punishment for Palestinians involved in killing Israelis.

“I don’t want to even hear from those who oppose the death penalty for Palestinian attackers,” he said.

The Israeli daily Ha’aretz reported that Dr. Guy Elad, a doctor at the Meir Medical Center, told their reporter that the victim “arrived at the hospital without a pulse, with no breath and no life signals.

He was rushed to the trauma room, where advanced resuscitation actions were performed and unfortunately despite our efforts his death was determined.”

The gunman or gunmen who fired the fatal shots fled the scene, and Israeli forces have locked down all nearby Palestinian villages and towns, preventing Palestinian civilians from going anywhere outside their homes.

The soldiers are also conducting house-to-house searches in the town of Jit, which is the town whose land was illegally annexed by Israel, to construct the Israeli settler-only road, and the colonialist outpost of Havat Gilad.

In addition, the Israeli military has closed the entrances to the city of Nablus, and are preventing all entry and exit from the city. The closure wreaked havoc on the evening commute for students and workers, many of whom were forced to remain in their workplaces or schools overnight after being prevented from returning home. Shevach, who lived in Havat Gilad, was driving on Route 60, which is a major Israeli highway constructed on Palestinian land in the West Bank, when he was shot at by a passing vehicle. Palestinians are forbidden from driving on Route 60 without first obtaining hard-to-get Israeli permits.

Even with permits, Palestinian drivers are frequently subjected to stops and seizures of their vehicles and licenses by Israeli police and soldiers when they drive on Route 60 and other colonial Israeli byways.

Abu Obeida, the spokesperson of the Al-Qassam Brigades, the armed wing of Hamas, said the “Nablus shooting is the first retaliation with live fire, and comes to remind the enemy, and those who support it, that what is coming is much bigger – what you fear is yet to come, the West Bank will remain a dagger in your abdomen.”

Following the fatal shooting, the Israeli army imposed a strict siege on all villages and towns in the Nablus governorate, and invaded many villages, such as Sorra, Iraq-Burin, and all southern area, including the New Nablus, al-Makhfiyya, before initiating extensive searches and confiscated surveillance tapes and equipment. The army deployed a large number of soldiers in Nablus, in addition to calling for more military units to operate in the governorate, in preparation for a massive invasion and military operations.

Israeli media outlets said that the military received orders for carrying out a large-scale military operation, inside many villages and towns, in Nablus.

It is worth mentioning that the Israeli army have killed 32 Palestinians, including two children, since early October 2017. Shevach is the first Israeli casualty since then.