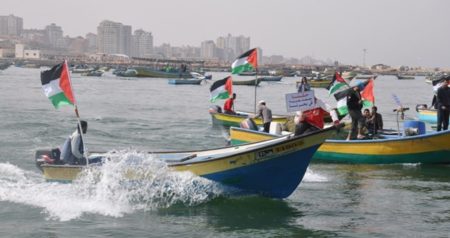 The Israeli occupation army, on Wednesday, announced it was reducing the size of the Gaza fishing zone by a third, in light of the continued launch of projectiles and flaming balloons toward Israeli territory.

“Following security consultations, it has been decided today (Wednesday), to restrict the fishing zone of the Gaza Strip from 15 nautical miles to 10 nautical miles, starting from 4 p.m. until further notice,” the Israeli military liaison to the Palestinians said, in a statement published Israeli newspapers, Days of Palestine reports.

However, it should be noted that such attacks on Israeli areas resumed recently after the Israeli occupation authority deliberately and repeatedly opened floodgates to dams and flooded vast tracts of farmlands and roads in the east of Gaza, causing considerable losses to the agricultural sector in particular.