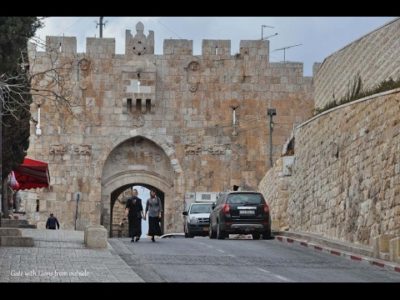 Shadi Bana, 45, a Palestinian citizen of Israel who ran a flower shop in Jerusalem, was shot and killed by Israeli border police in Jerusalem on Thursday. Israeli authorities claimed that the florist was shot because he “had a gun and attempted to fire at police”.

Bana’s family was shocked by his killing, and the claim that he had been involved in any kind of politically-motivated attack, saying he had no ties to any political parties or groups.

A neighbor who worked near Bana’s home told reporters from the Israeli daily Ha’aretz, “He was an ordinary guy from the neighborhood. He has no interest in politics. It’s really surprising that he came to do such a thing.”

Bana was shot and killed just outside the Lion’s Gate into Jerusalem’s Old City. He was originally from Haifa, in northern Israel. Israeli sources note that he had a criminal record.

He was the owner of a small flower shop, but his brother told reporters that he was suffering economically.

Israeli sources claimed that Bana had converted to Islam several months ago, but his brother told Ha’aretz reporters, “We don’t know about this whole business of him converting to Islam. He has more than a few Muslim friends but I don’t know if he converted – his entire conduct is strange and he mostly lived as a loner.”

Bana was the fourth Palestinian killed on Thursday. Tariq Lu’ay Badwan and Yazan Monther Abu Tabeekh were both killed by Israeli forces invading the city of Jenin, while Mohammad Salman al-Haddad was killed in Hebron.