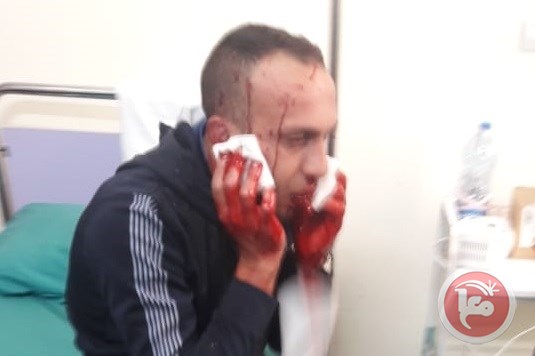 A Palestinian man Saturday was shot in the face by Israeli forces for unknown reasons, north of the city of Hebron in the southern West Bank, according to Maan News.

Witnesses said that the victim, Hussein Abed Abu Fanous, was shot with live fire in the face, by Israeli police forces.

The bullet was reported to have traveled completely through the young man’s face, as seen in the above photo.

Medical sources described the injury as moderate, and said Abu Fanous was transferred to a local medical center for treatment.

Nowhere is Israel’s use of excessive force against the civilian Palestinian population more clearly exhibited than in the Gaza Strip.

Since March 2018, according to the Palestinian Center for Human Rights, 203 Palestinians have been killed, and 12, 056 have been wounded, among those include women, children, medical personnel, and journalists.