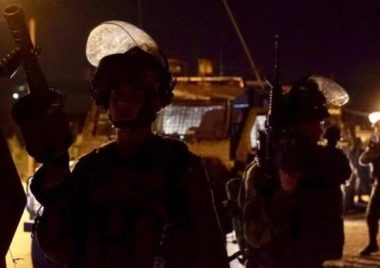 The soldiers also invaded several neighborhoods in Hebron city, and installed military roadblocks at the entrances of Halhoul and Sa’ir towns, before stopping and searching dozens of cars, and interrogated the Palestinians while inspecting their ID cards.

In related news, the soldiers shot a young Palestinian man in Burin village, south of the northern West Bank city of Nablus, after a group of illegal Israeli colonists invaded it.

On Friday evening, undercover Israeli soldiers infiltrated into Deheishe refugee camp, south of Bethlehem, and kidnapped Jihad Issa Ma’ali, 24, while walking near the entrance of the camp.