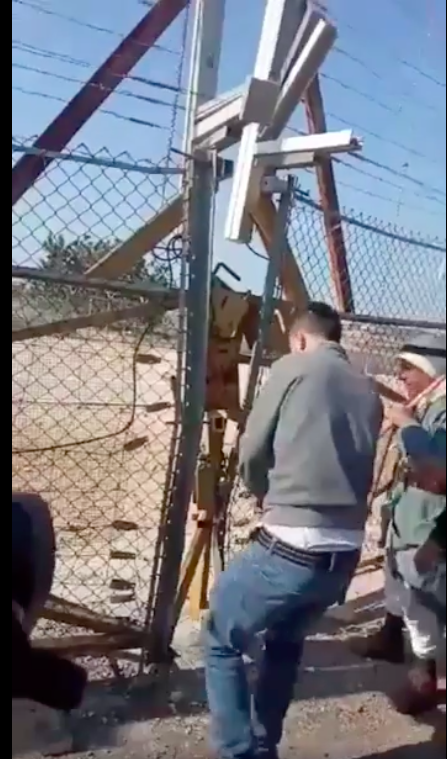 The participants marched from the center of the town, toward the Separation Barrier, built on Palestinian village lands, flying the national flag and singing slogans affirming their commitment to defending their land.

The protest was held to denounce the colonial activities of the Israeli occupation state, with the aim to expel the indigenous Palestinian population.

Demonstrators were able to open one of gates of the Apartheid Wall and cut the barbed wire separating the village of Kafr Thuluth from the state of Israel.

The route of the barrier – including the sections already built, those under construction and those awaiting construction – is 712 kilometers long. That is more than twice as long as the Green Line, which is 320 kilometers long. If construction is completed along the entire planned route, 52,667.7 hectares of land – an area that is equal to 9.4% of the West Bank and includes the territories that Israel annexed to the municipal boundaries of Jerusalem – will be cut off from the West Bank.
– B’Tselem – The Israeli Information Center for Human Rights in the Occupied Territories