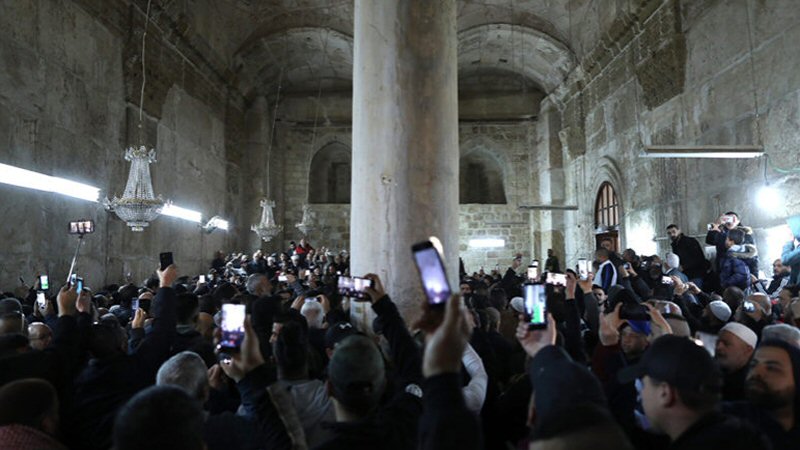 Israeli police detain 60 Palestinians in Jerusalem after protesters and Waqf officials reopened a building in al-Aqsa Compound that Israeli authorities have kept sealed for 16 years.

The mass detentions follow Palestinian protesters’ liberation of Bab al-Rahmah, a gate and hall in al-Aqsa Mosque Compound in Jerusalem. Protests to free the area started on Sunday, February 17, after Israeli police placed chains and locks on a gate leading to the area. According to al-Jazeera, the Islamic Waqf, the body that oversees al-Aqsa, announced it would reopen the hall and Sheikh Salhab opened the gate.

Israeli authorities sealed Bab al-Rahmah in 2003 citing “security.” It has not been in use since then prior to Friday. Upon entering Bab al-Rahmah, Palestinians raised the Palestinian flag, chanted national and religious slogans and organized cleanup crews to refurbish the hall.

Sheikh Salhab and Bkeirat are still imprisoned and stand accused of allowing Palestinians to enter Bab al-Rahmah, according to Israeli newspaper Haaretz. The Palestinian News and Info agency reports that Palestinians continue to be arrested in Jerusalem for alleged involvement in the liberation of Bab al-Rahmah.