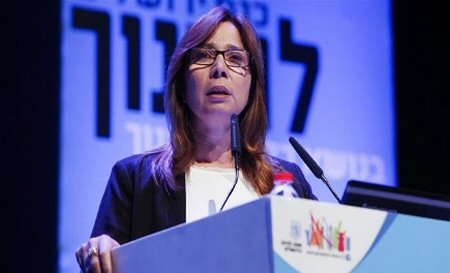 An Israeli news anchor who has blamed the Israeli occupation of Palestinian lands for turning regime troops into “animals” has defended her comments despite having received death threats from “thousands.”

Israeli Channel 13 TV anchor Oshrat Kotler had, last week, denounced the mistreatment of Palestinians in Israeli custody, following a piece aired on the channel about five Israeli soldiers indicted for beating two handcuffed and blindfolded Palestinians — a father and his 15-year-old son.

According to the indictment, the father was hospitalized for three days after sustaining multiple broken ribs, a “severely” broken nose, and subdermal bleeding around his stomach. The son also suffered a number of wounds to his head and “significant swelling” on his face.

After the report was aired, Kotler said, “We send children to the army, to the [occupied] territories, and get back animals. That is the result of the occupation.”

On Saturday, however, Kotler said she stood by her comments despite having been flooded with death threats, according to The Times of Israel.

She accused Israeli politicians of taking “cynical” advantage of her comments and taking them out of context in the midst of an election campaign.

“I am sorry if I hurt anyone with my words, but I cannot see the price we pay through our children for the reality of controlling another nation,” she said, appearing to fight back tears and referring to Palestinians. “We have lived this reality for 52 years. I do not have a magic solution; I am not a politician.”

She said her comments, “spoken with great pain,” had been “directed only at the soldiers who violated the law” and not all Israeli troopers.

“Thousands threatened my life and the life of my family, and I am afraid, but I hope to find the strength to continue and express my opinion as a reporter,” she said.

Israeli NGO Peace Now backed Kotler, saying, “It is permissible and even desirable to look into the mirror from time to time and honestly admit to the damage [caused by] the occupation. Those whose children’s futures are important to them should work to end the conflict rather than maintain it, because the price is high.”

Tamar Zandberg, the leader of left-wing Meretz Party, called the attacks on Kotler “pathetic and yet predictable… shutting your eyes [to the problem] and then assailing the messenger is not a solution.”