Palestinians in Ramallah Protest American Plans for the Area 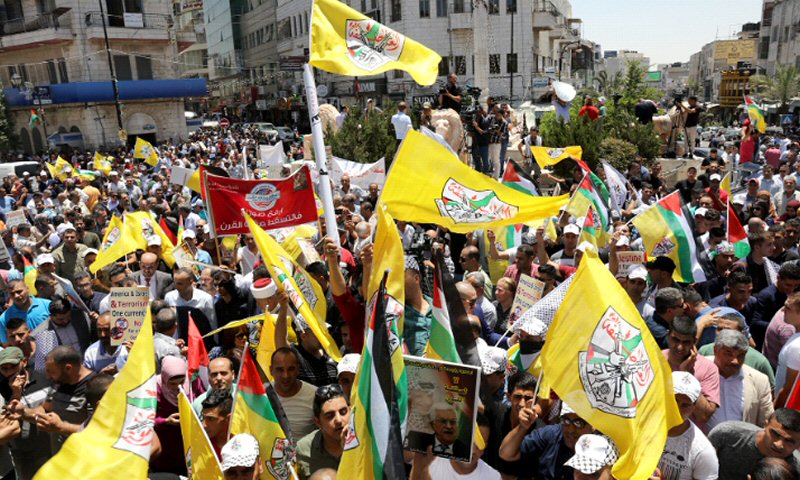 Hundreds of Palestinians rallied in Ramallah, on Monday, to protest attempts by the United States to impose its plans in the area, which the Palestinians have rejected since the US recognition of Jerusalem as Israel’s capital, in December, and moving its embassy in Israel to Jerusalem, in May.

Participants expressed support for PA president Mahmoud Abbas and the Palestinian leadership’s rejection of what the US has called its “Deal of the Century.”

They raised Palestinian flags and pictures of President Abbas while chanting anti-deal slogans.

Mahmoud Aloul, deputy head of Fateh movement, condemned the “deal”, saying it will not work.

Palestinians have been rallying throughout the West Bank against the US plan.